I will not sacrifice...

…that which costs me nothing.”


Exactly one year ago this weekend, I stood behind a microphone at a women’s retreat and proclaimed with my own lips that I wanted more than anything else to be used up completely for God!  My desire was to one day stand before Him and be completely empty- with nothing left to give!  I spoke of my life as my offering and I intended to live it as a sacrificial gift to the God I love!

As I survey the past year, it appears that the Lord has taken me up on my offer!  I am not the same woman that stood on that stage last April.  My life is hardly recognizable.  Or maybe it is the lens that I suddenly see the world through that has changed! 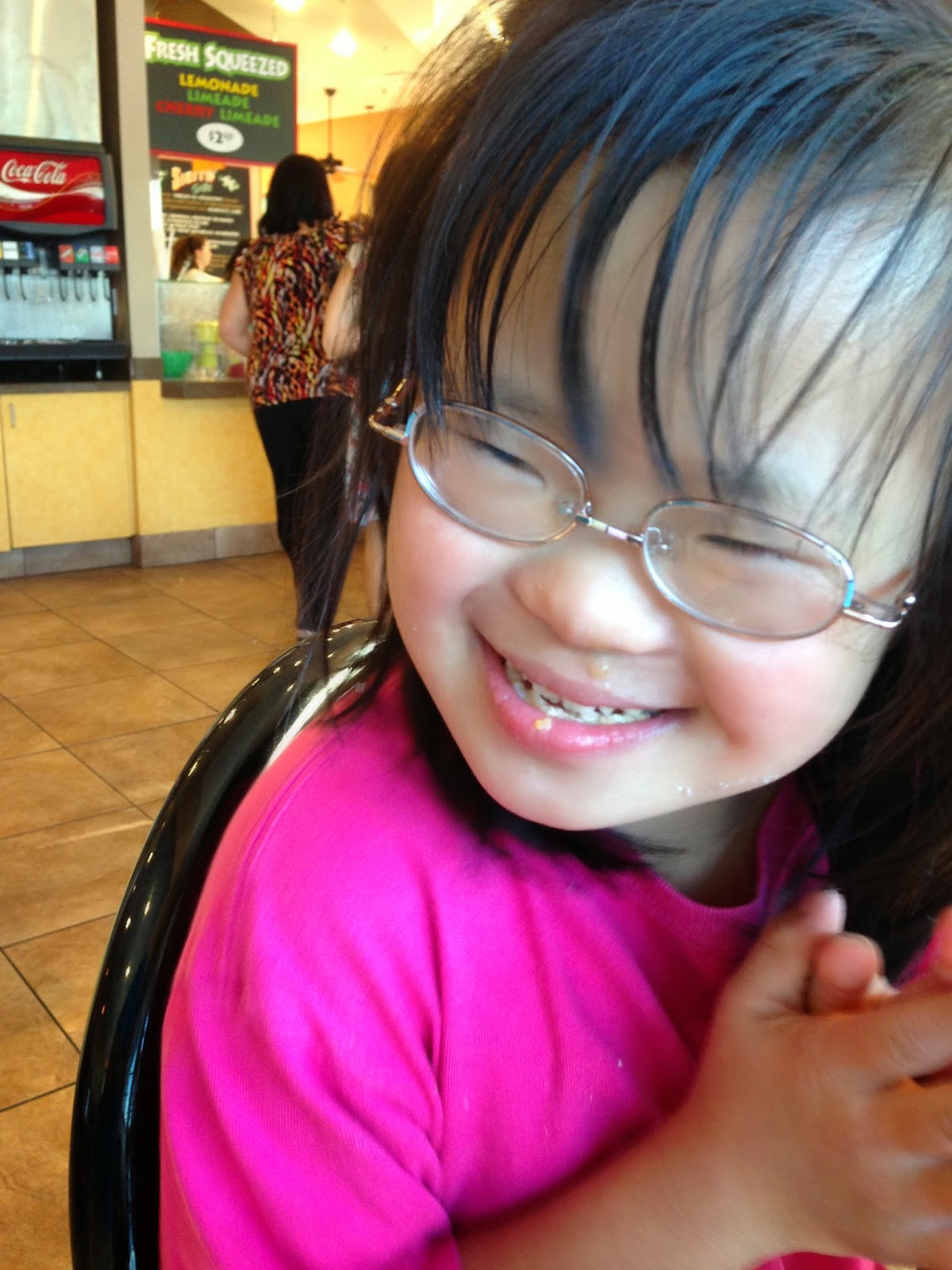 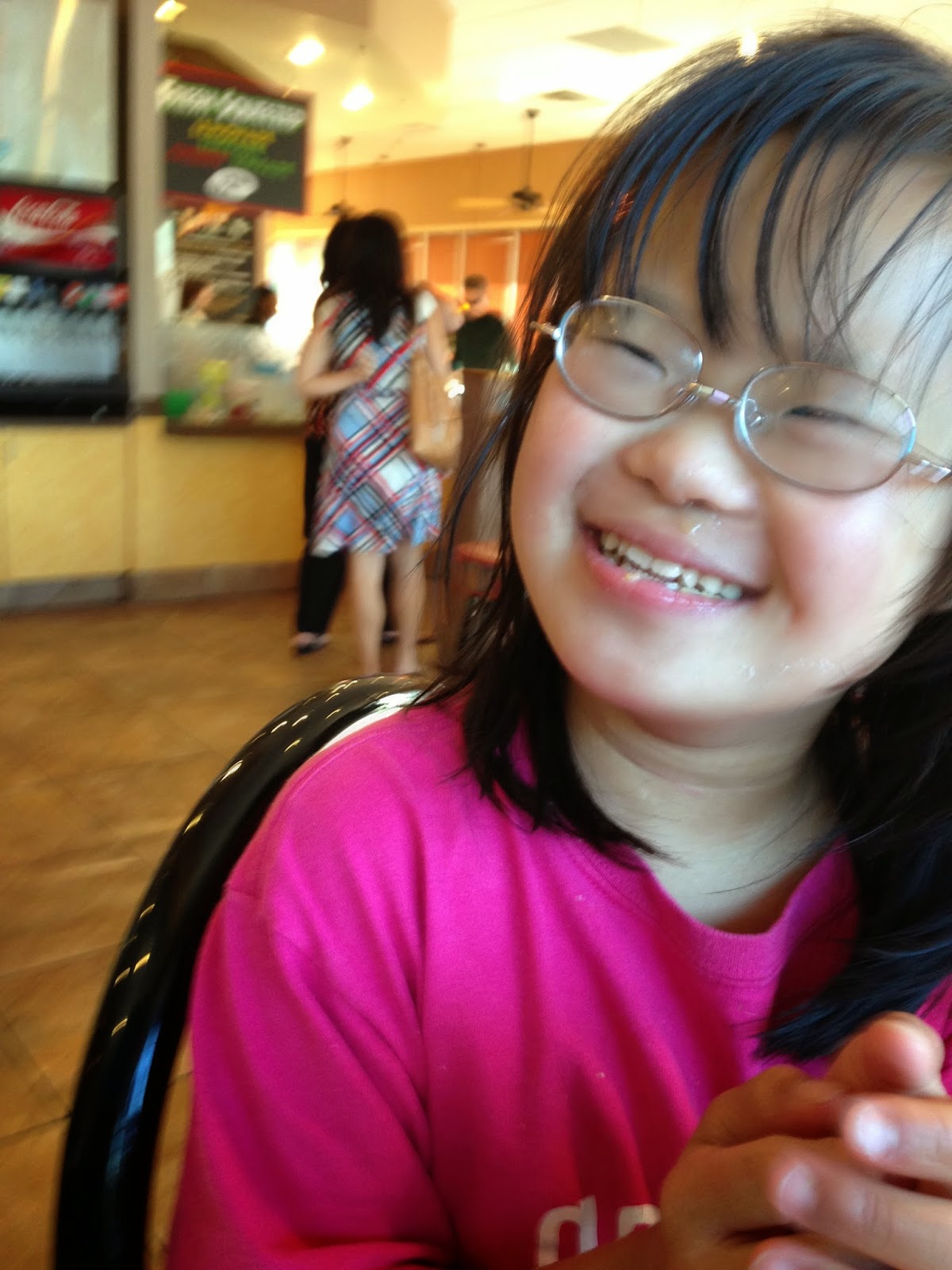 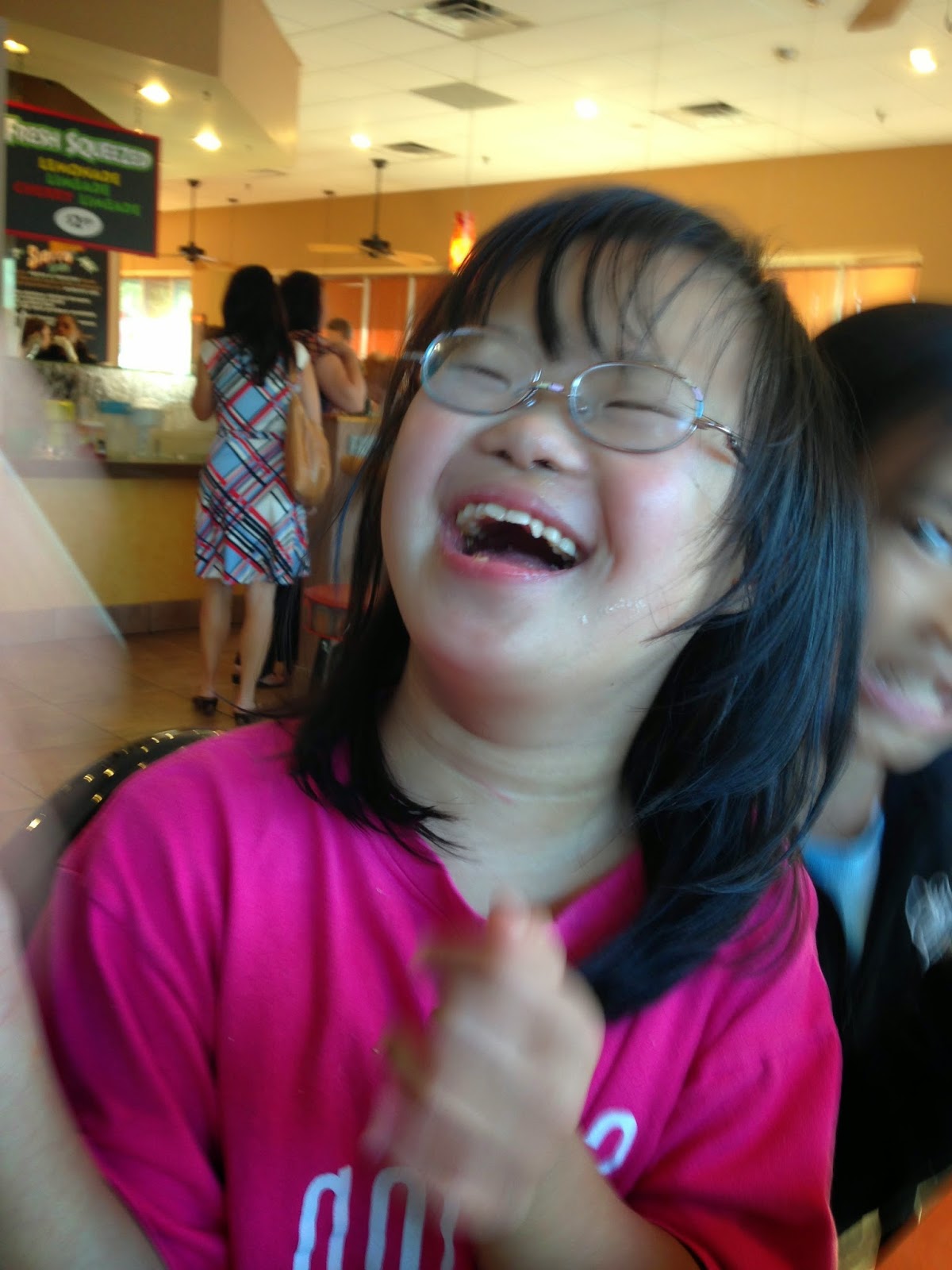 I am happier than I have ever been!  But I am more tired… no, more weary than I ever remember being before!  Jesus’ words call to me… “Come to me all who are weary and heavy laden and I will give you rest”.  I long for the rest that only He can give!  But it’s the kind of rest that only comes when one has been busy doing the hard work their Master sets before them, and they are content that they have given their very best!

I can also say that I have never in my life experienced such absolute JOY!  This seems impossible in light of the circumstances that surround me, but it is true nonetheless!  As Jesus increases in my life and in my choices, I decrease!  More of Jesus, less of me = more JOY!  How can anything be seen as sacrifice when the reward is JOY?  I know nothing of sacrifice!

Yet, if I am to be completely honest with you, I will have to admit that it seems these days that to walk in obedience to God is indeed costly.  More costly than I ever imagined when proclaiming my intentions to sacrifice all for Him just a year ago!  I’m not talking about the kind of costly that just skims the top of your savings account, or even the kind that costs more than you think you are able to pay, because you won’t have enough left for yourself when you’re through.  Instead, it appears that to follow closely after Jesus and to live a life of sacrificial love in His name will cost you everything!   It drains every single account dry and demands more than you will ever have to give in your own strength…  This goes against every inclination of my stubborn, controlling, self-centered heart.  And yet, everything inside of me knows more than I’ve ever known before, that these are exactly the sacrifices God desires from His people!

When our sacrifices strip us of self and cost us everything we have to give, God is most glorified!  Our offering is pleasing to Him!  I want that more than I want anything else.  That’s why I said “yes” to Abby before even counting the actual cost of such a yes.  If it was for the Lord, the cost did not matter…

Adopting Abby was a step of faith unlike any God had asked me to take before!  I had zero experience with anyone that was born with Down Syndrome, and went into it all rather blindly, only doing so because I was certain to the core of my being that it was God’s plan for us.  Abby was our daughter, and we were to bring her home and love her for the rest of our lives.  This is where “Yes Lord!” will be my only answer, and I’ll deal with each sacrifice required as it comes….

Doug says often that the Christian life is very little about planning, and almost all about responding.  I think he’s exactly right!  I knew that to adopt Abby would change just about everything about my life as I had known it, yet I did not hesitate.  I learned long ago that a life planned by God, no matter how difficult or costly, is filled with far greater JOY and reward than any of my personal, best-laid plans!  Still, I tried to enjoy the few months before leaving for China, knowing that a massive life change awaited me starting bright and early on Abby’s Gotcha Day. 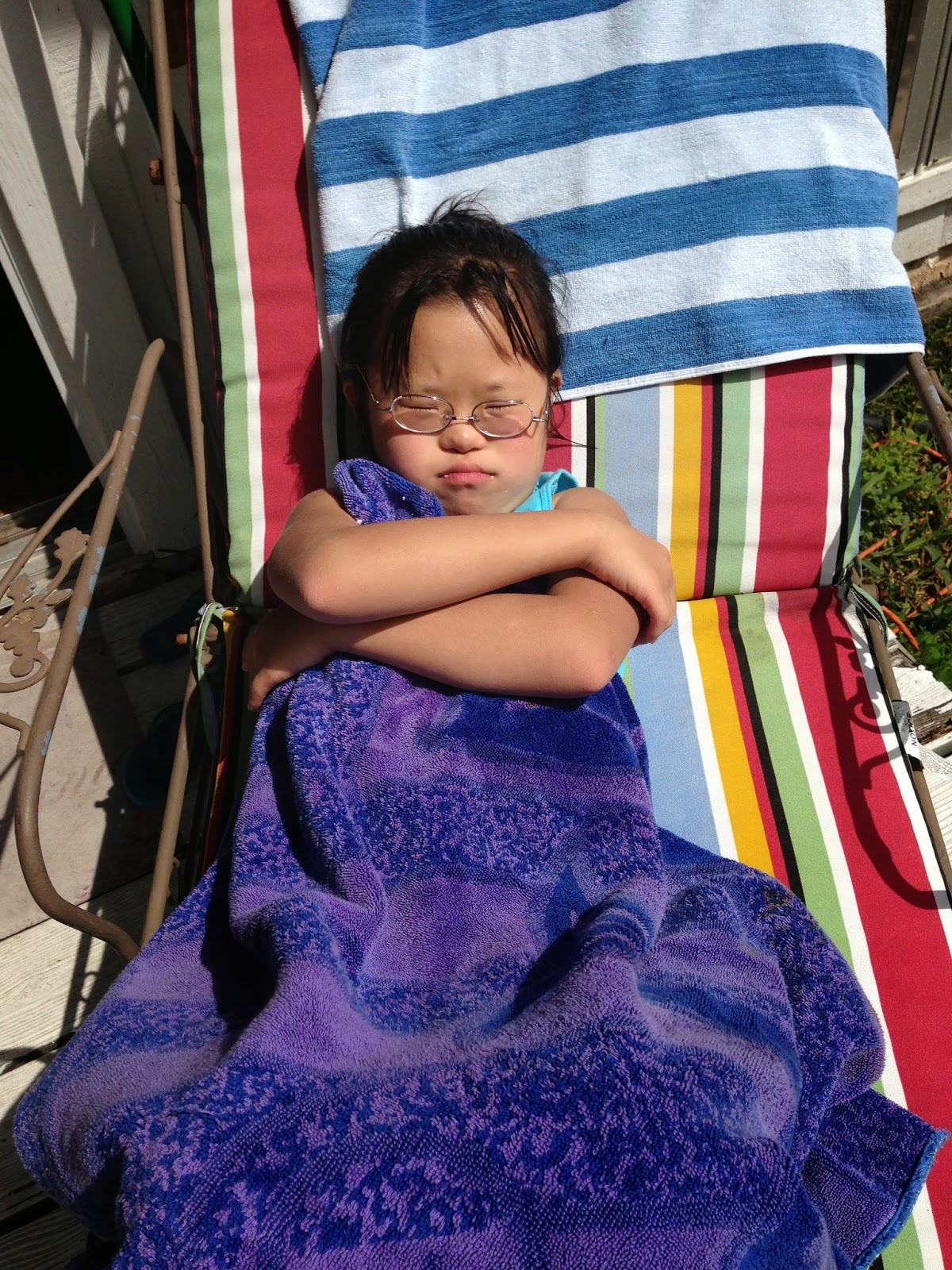 I was right!  Abby is precious beyond words- just like I knew she would be!  She has the ability to make me smile more than anyone I’ve ever met before.  I can’t explain it, I can only tell you that it is so!  But from the moment I met Abby until this one typing a blog about her, my life and the changes she has brought into it, have been overwhelming!  Many of those changes are wonderful and I am already enjoying some of the rewards of my sacrifices to obey God’s call to adopt her.  But some of those changes are just down right hard!  Simply put… If someone tells you that sacrifice is easy, they are lying!  ;-)

Sacrifice goes against almost every inclination of our sinful hearts.  I have rarely been as keenly aware of how resistant I am to sacrifice as I was while in China without Doug’s help- adjusting to an 8 year old girl with Down Syndrome and all that her care meant to my 49 year old body!  I cried more than a few tears in my moments alone while in the bathroom or standing in the shower at night after Abby was asleep.  I was overwhelmed and felt far too small for the task.
During those difficult first days together, God reminded me of a story from His Word again and again.  It is from 2 Samuel 24.   God had given King David plain instructions to go to the threshing floor that belonged to a man named Araunah and build an alter on which to sacrifice to Him.  David did not waste time in his obedience, as he had been suffering severe consequences for earlier lapses in obedience to God’s commands, and he hurried to the exact place God had instructed him to go.  There he offered a fair price for the piece of land on which he would offer his sacrifice to the Lord.  But Araunah didn’t want to take his money!  Instead he offered it to him for free!  “Take the land for your sacrifice to the Lord, but keep your money,” he told the King.  David’s answer was so beautiful and his words had seared themselves into my heart and were the ones God used to carry me through my difficult journey to China.  When the going got especially tough and I felt that I could hardly go on, these words came to my mind again and again….

“I will not sacrifice to the Lord that which costs me nothing!”

Sacrifice is hard!  But if it costs me nothing- it would not be a sacrifice at all, would it?  Yet when laid before the Lord as our offering… the cost seems insignificant in comparison to His great Love!  Joy would sneak into my heart with each reminder of these words and it carried me through another day!

One day toward the end of our journey was exceptionally hard.  We were all tired after almost two weeks away from home and Abby was struggling through so many life changes that appeared to be overwhelming her at times, as I tried to figure out a way to navigate China with a resistant 55 pound 8 year old!  I found it hard to even get my feet to hit the floor the morning of our all important Consulate Appointment.  I opted for noodles in the room over another breakfast at the buffet that I found left me exhausted before our days had even begun!  I got the three of us dressed and somehow made it into the waiting van by 6:30 AM for the hour-long ride to the American Consulate.  I don’t do life with lack of sleep very well and I don’t do weariness and massive adjustments alone very well either.  The combination left me with an overwhelming urge to cry!  But I was afraid that if I started, I might not be able to stop!  Instead I texted an SOS home to Doug with an urgent plea for prayer and some much needed words of encouragement.  It was late at night when Doug received that text and he was terribly ill, but His answer was like salve to my soul and straight from God to me through his texting fingers!

Here’s what he said…  “You can do this Lori!  I know that this is hard, but God has called you to this and your obedience is a beautiful sacrifice to Him!  Remember the words of David…  ‘I will not sacrifice to the Lord that which costs me nothing!’”

How did he know?  I cried when I read his words!  Not tears of “I can’t do this!”, but tears of “I can!”.  God was reminding me that while the sacrifice was costly, it was beautiful to Him!  Those words carried me through the last few days of my trip and finally home into the arms of Doug and my waiting friends and family.

But while the difficult road to China and back was behind me, the journey of sacrificial loving that God had called me to had just begun!  Jet lag hit hard and trying to adjust to my new “normal” was overwhelming.  Tears are my body’s pressure release valve, and I shed plenty of them in those first few days home.  And just like I had with each adoption before this one, I mourned the loss of the life I had left behind and wondered how in the world I would ever find my balance again or why I had ever signed up for this again in the first place!  Out of sheer exhaustion, with eyes swollen from so many tears, I dragged myself into and out of the shower and straight toward my waiting bed!  Surely things would appear brighter in the morning.  But just as I lifted my body into the bed, I noticed a piece of paper stuck to the bottom of my foot that I had obviously picked up from the floor on the way from the bathroom. 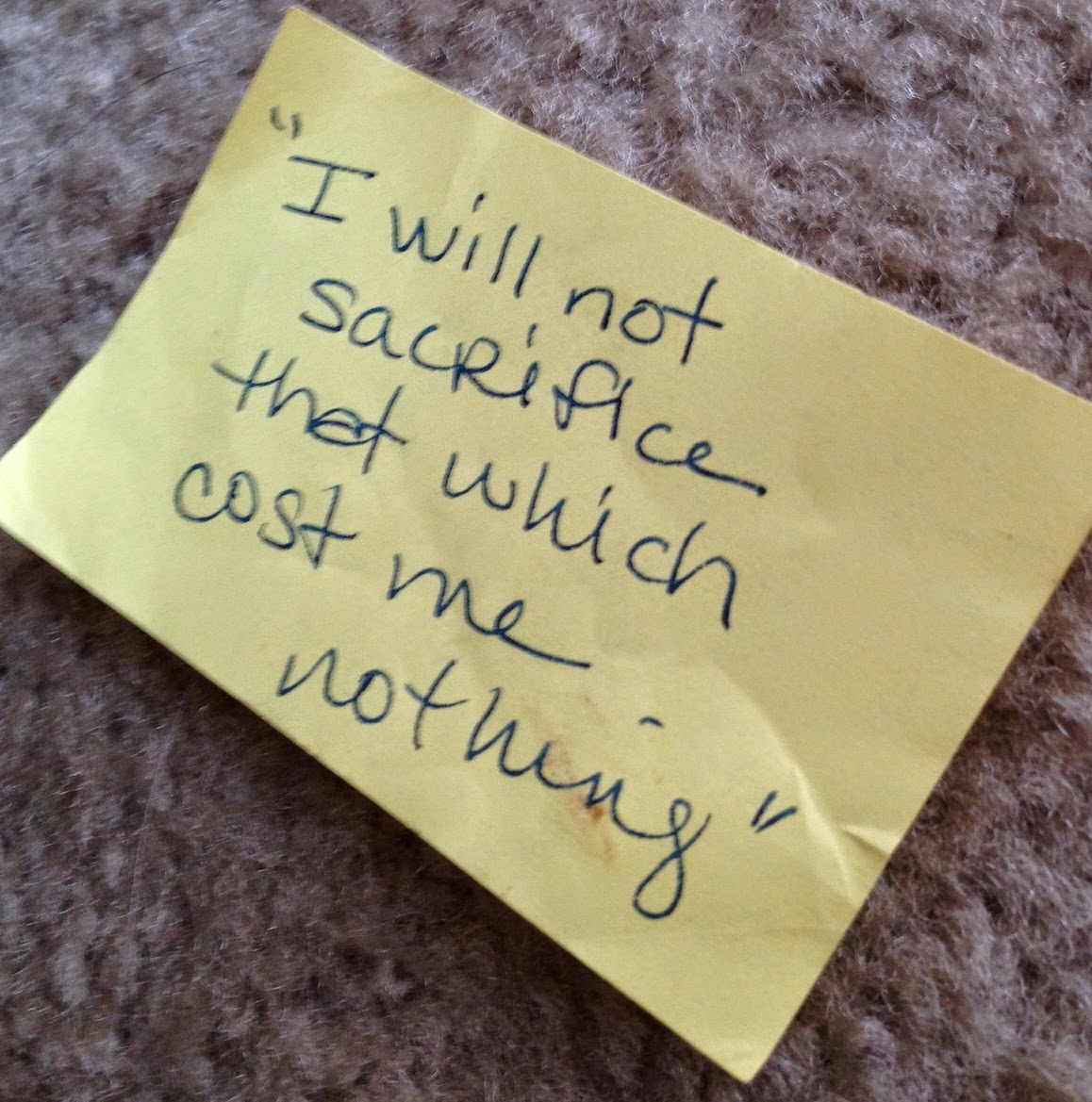 I peeled it off and turned it over to read these words in my own handwriting from many, many months ago…  “I will not sacrifice that which costs me nothing!”

I am obviously slow to learn, so God must shout over my voices of doubt and the temptations I often have to run away from costly sacrifices when I’d rather curl up with comfort and ease!  I could hear Him loud and clear!  My sacrifice was beautiful to Him!

It’s been over four months since that night of struggle and finally surrender.  I am often tempted to turn back on my promise and give less than my best when this new life demands more and more of me…  more and more cost… more and more sacrifice…
But then I remind my soul these precious words of Truth that lead to my greatest JOY and I find the strength to press on…  “I will not sacrifice to the Lord, that which costs me nothing!” 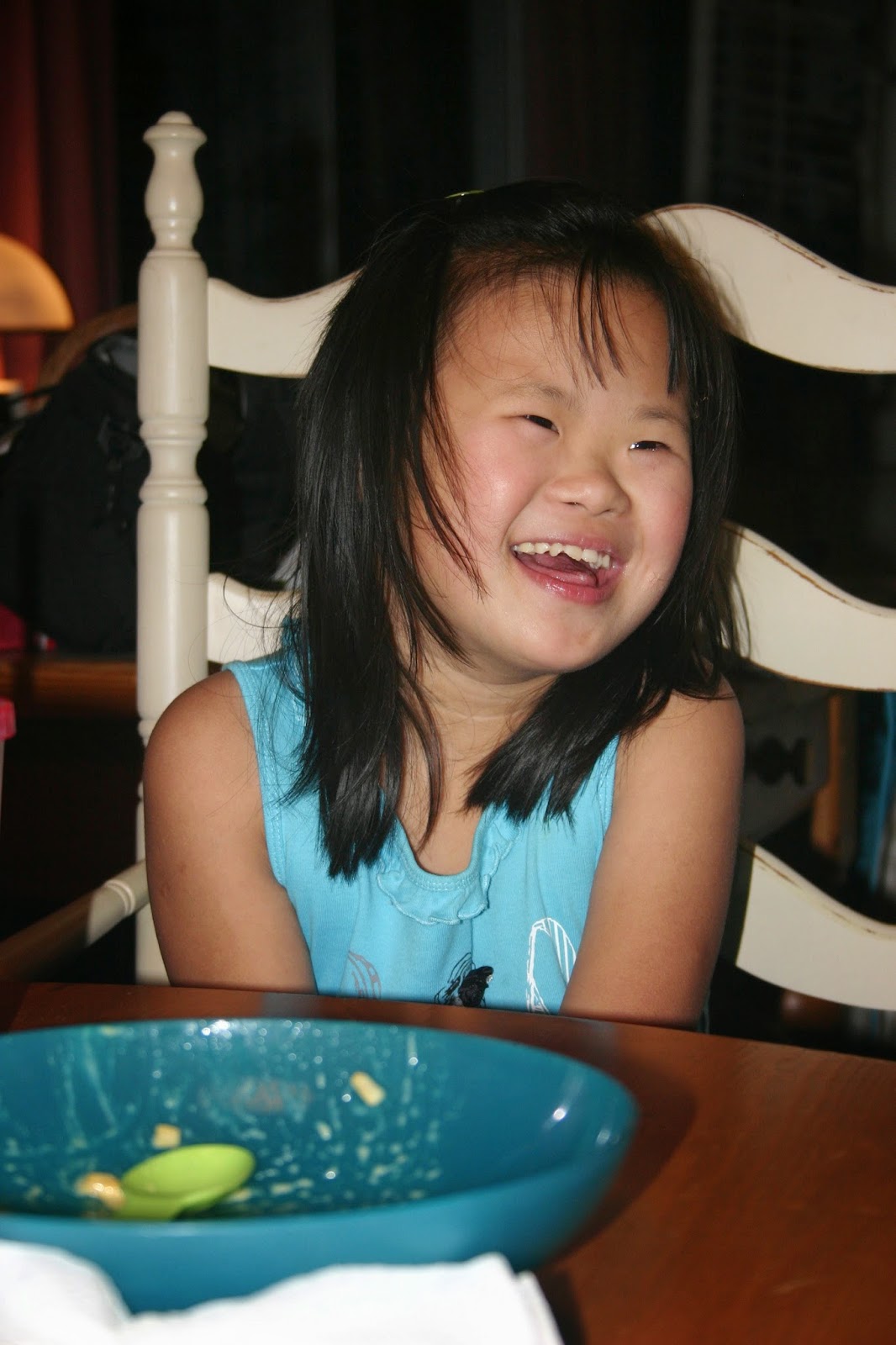 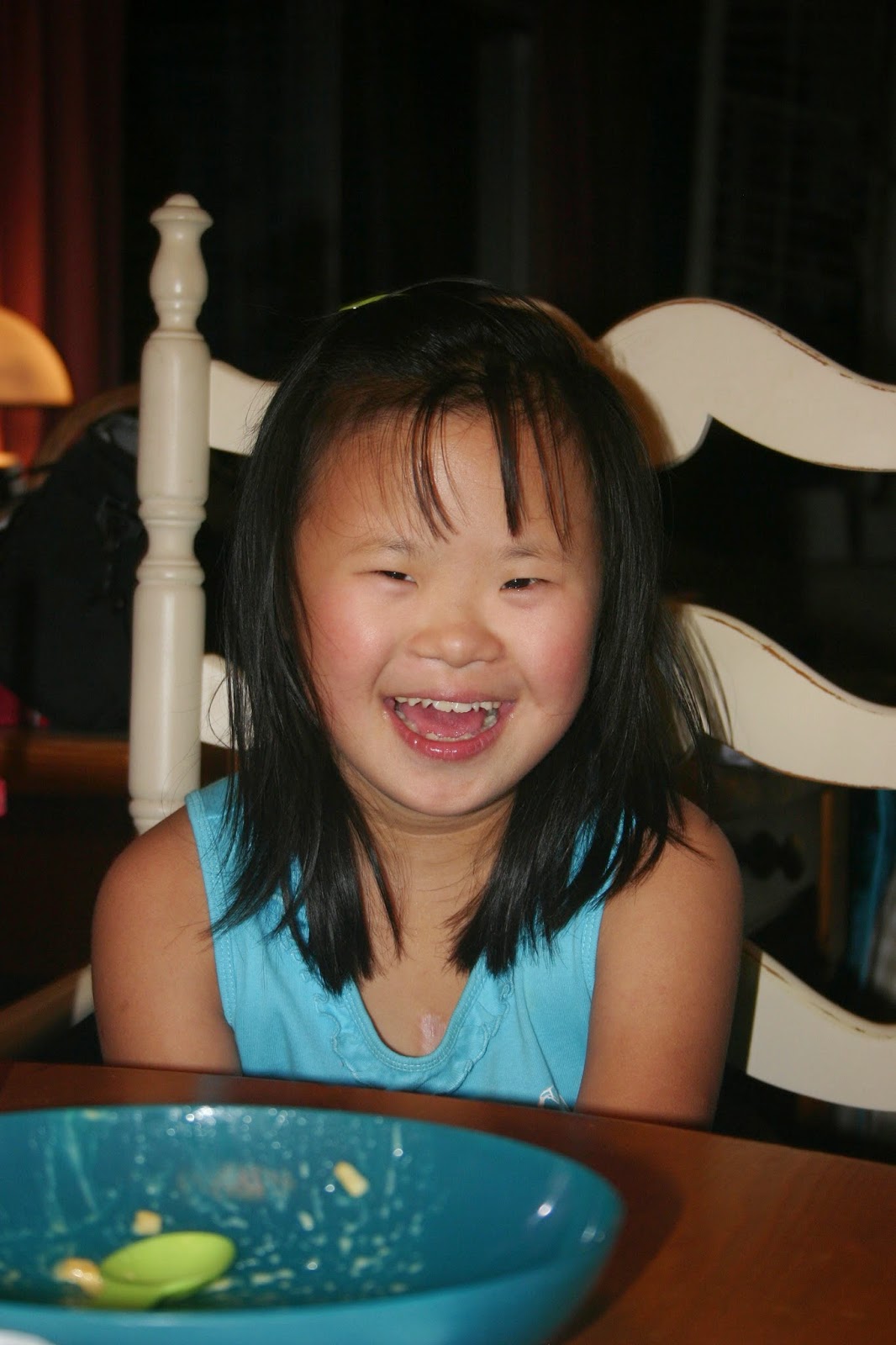 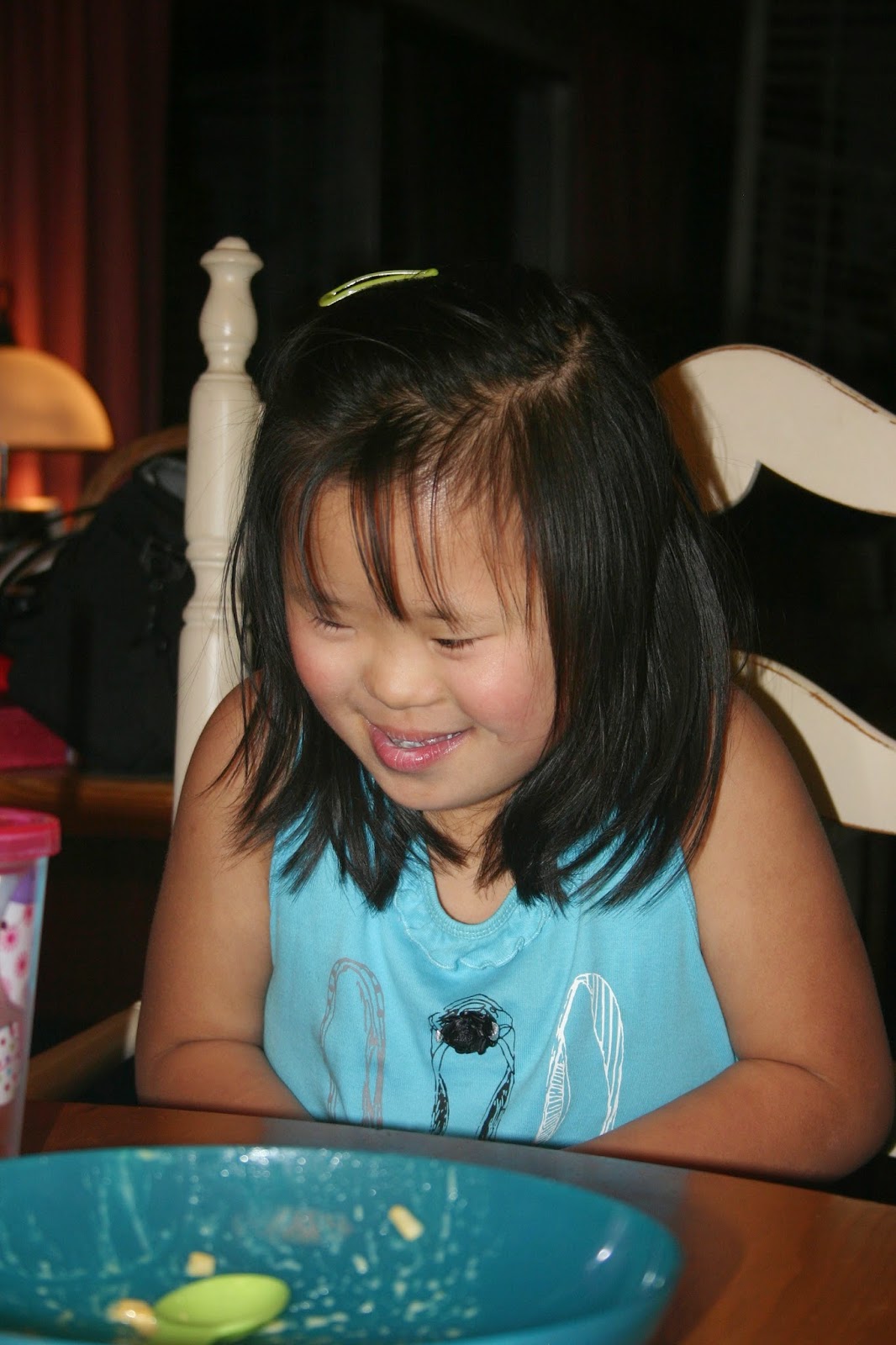 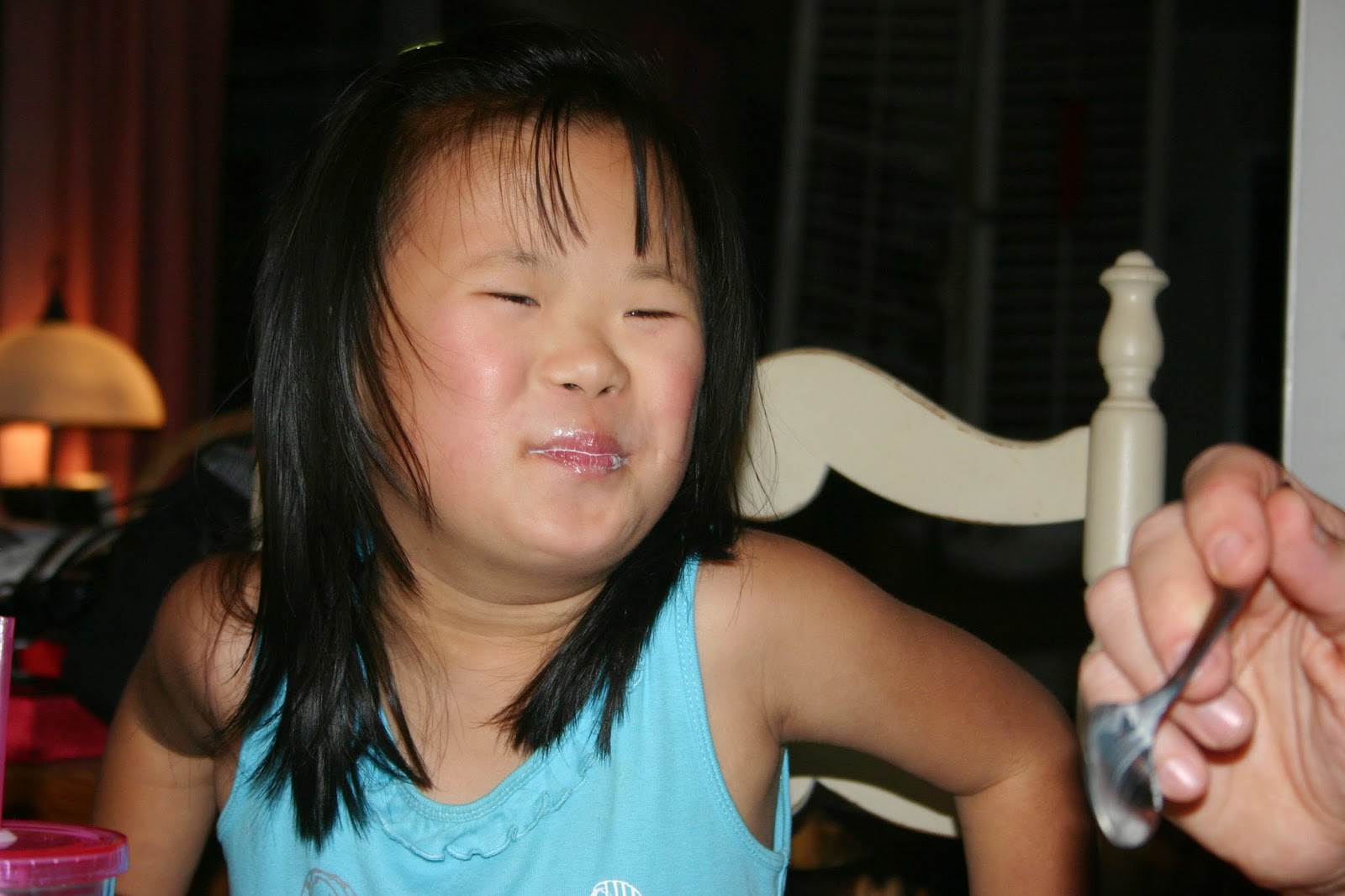 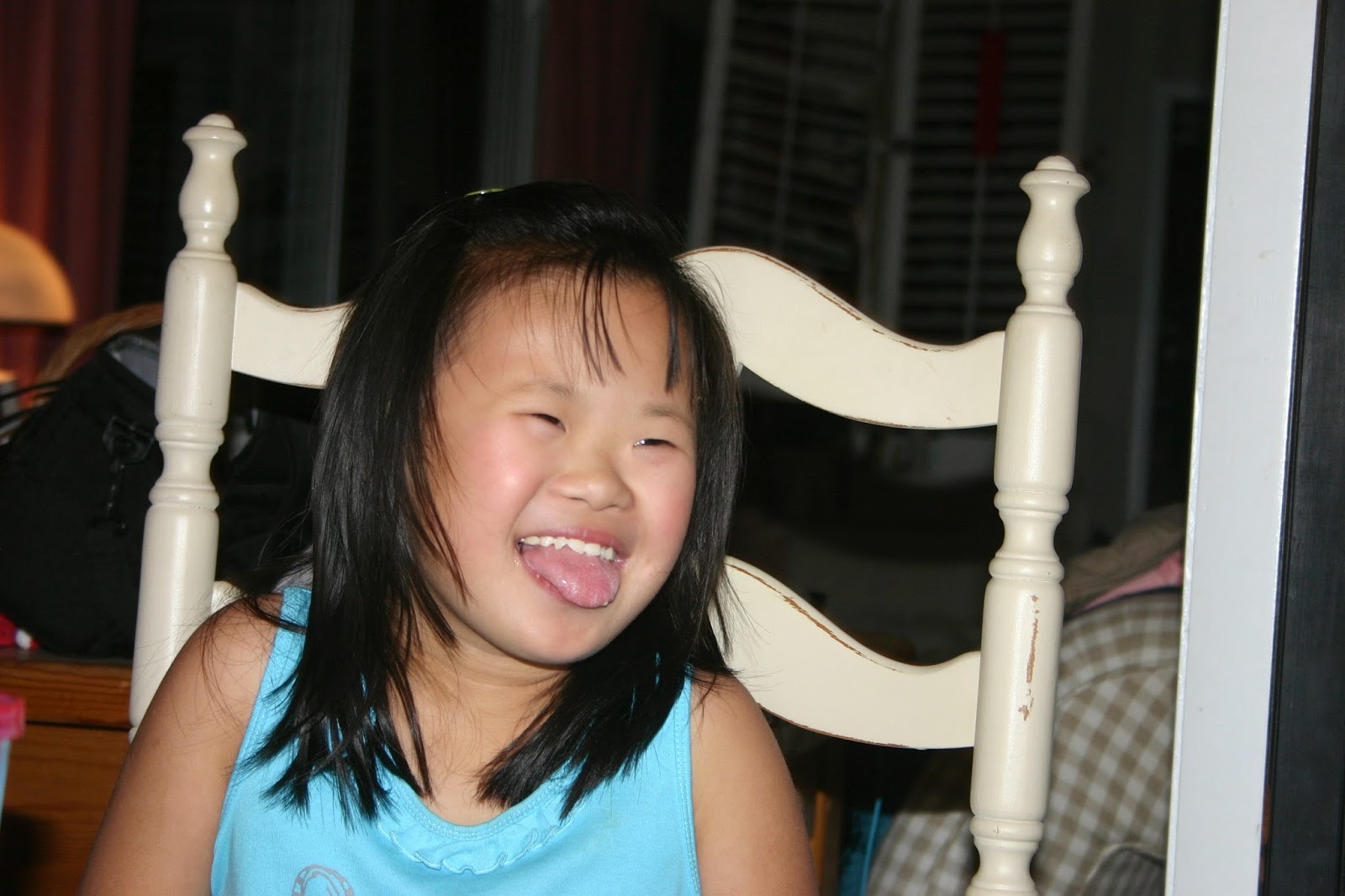 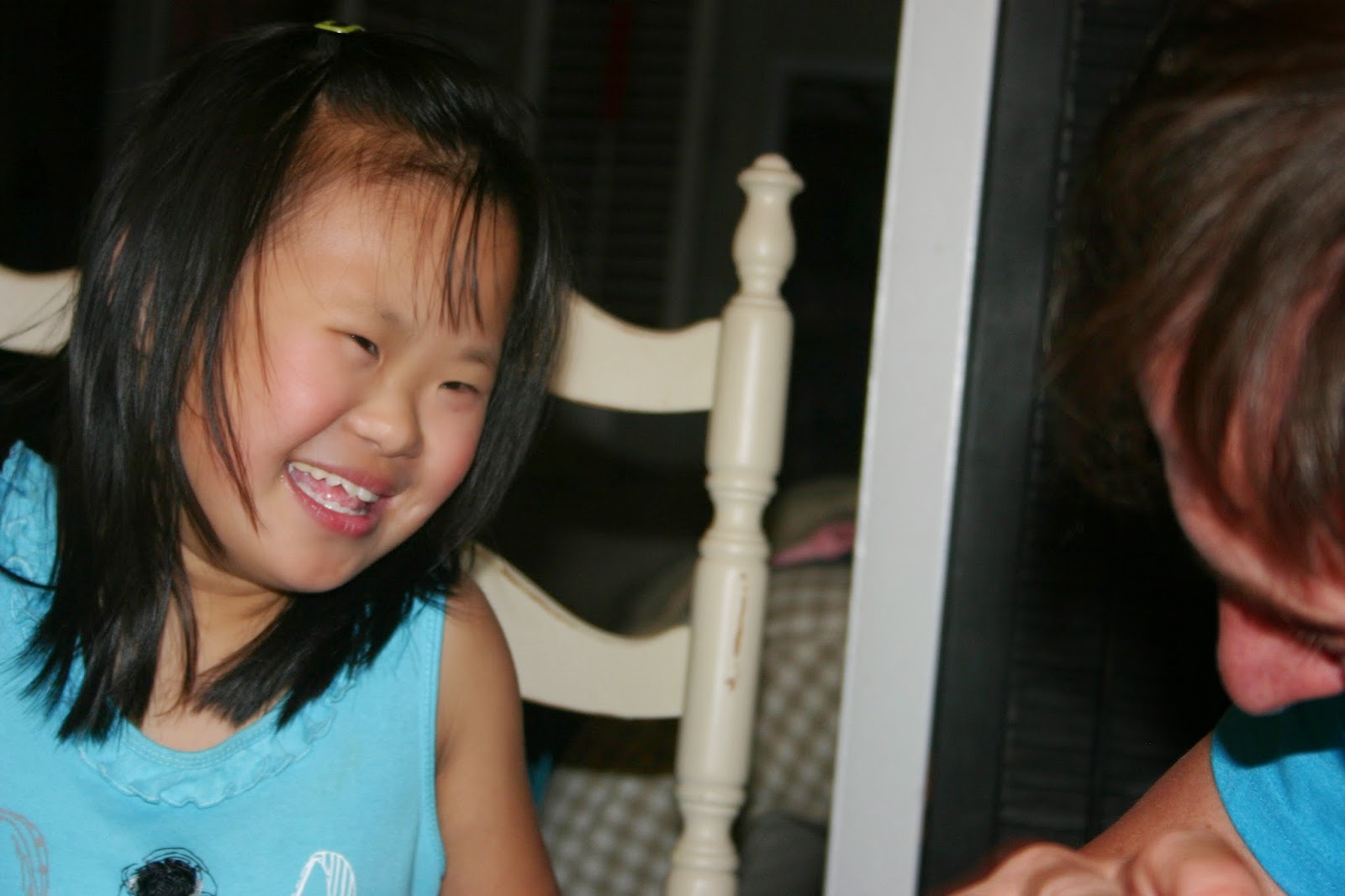 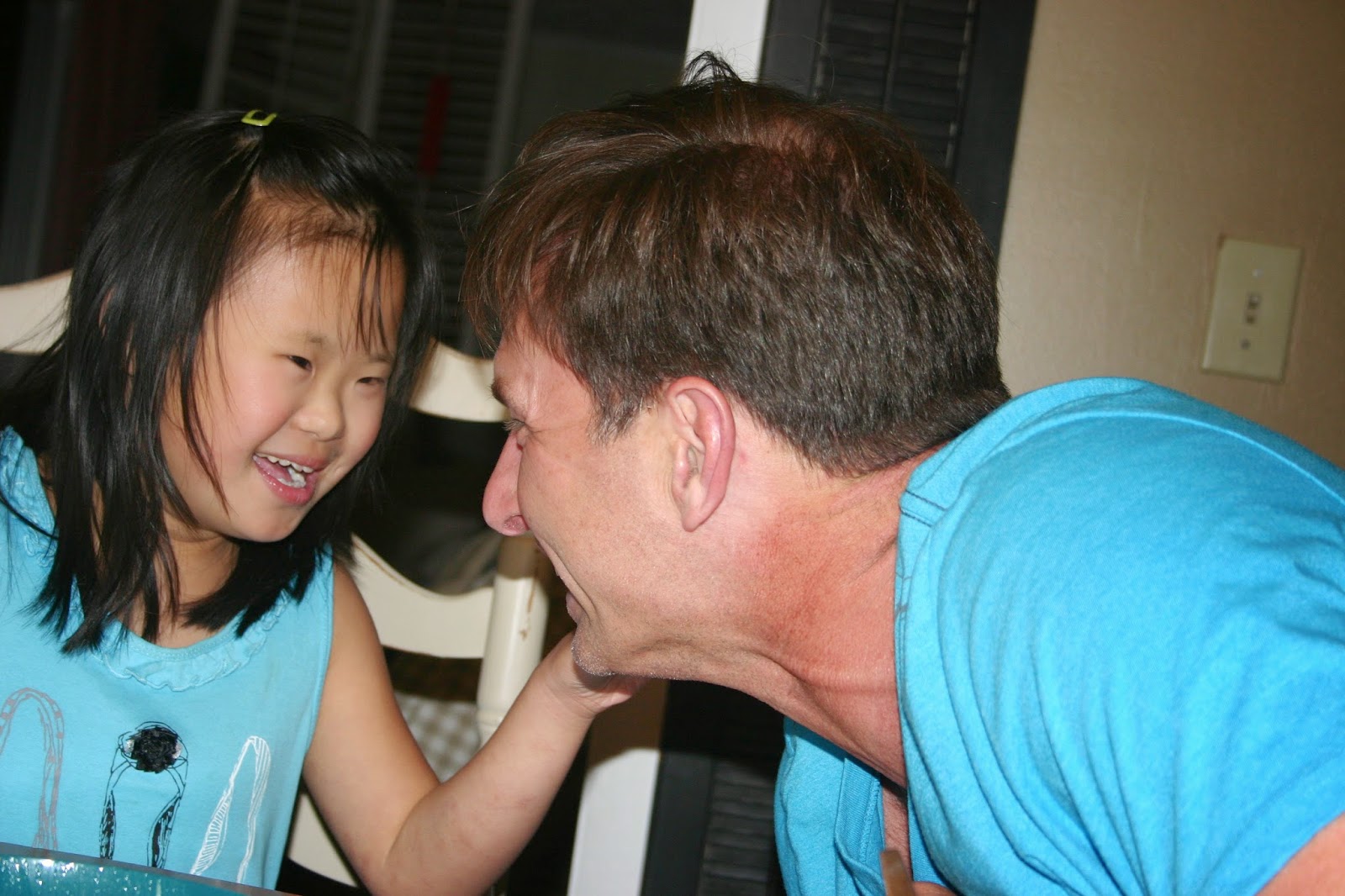 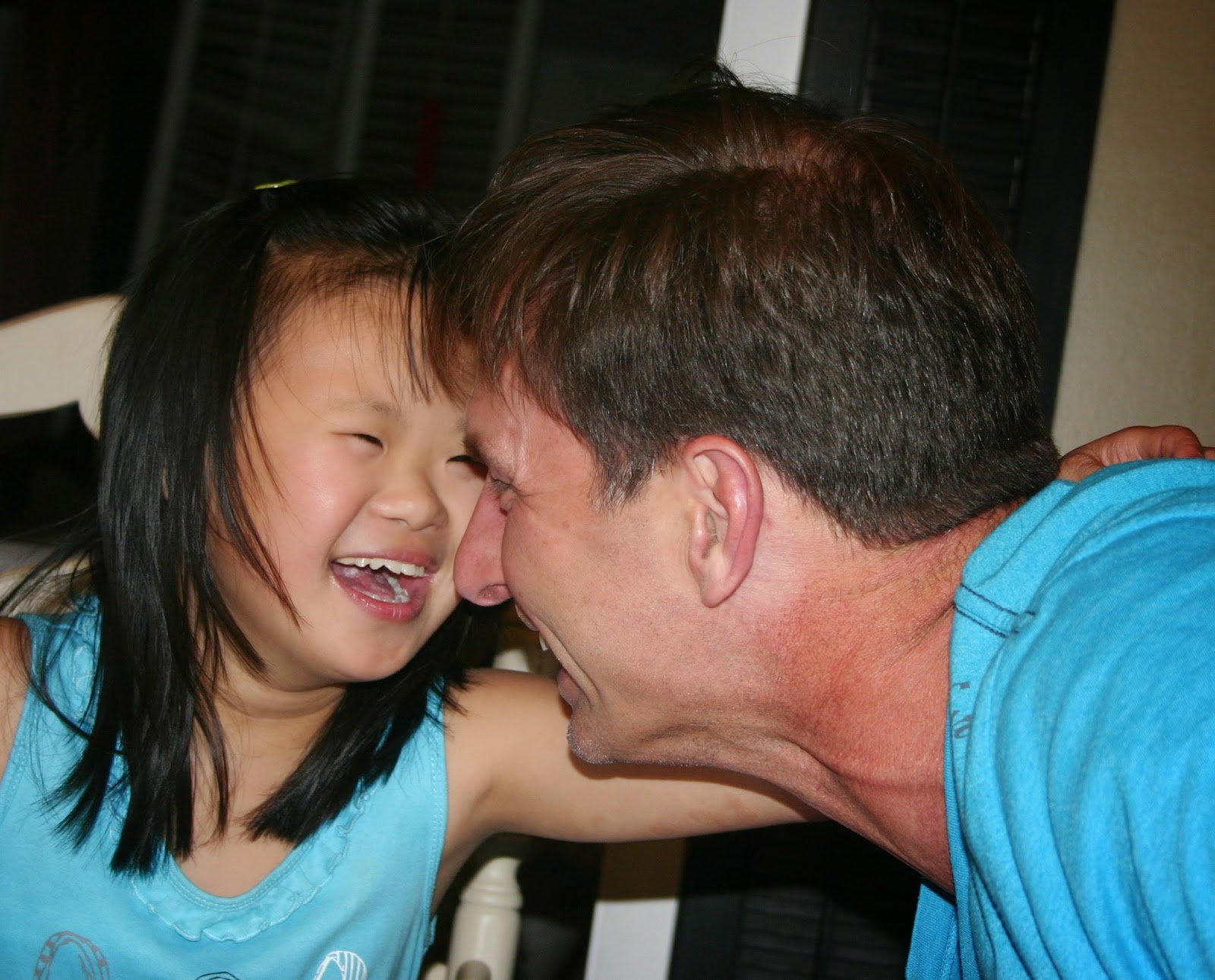 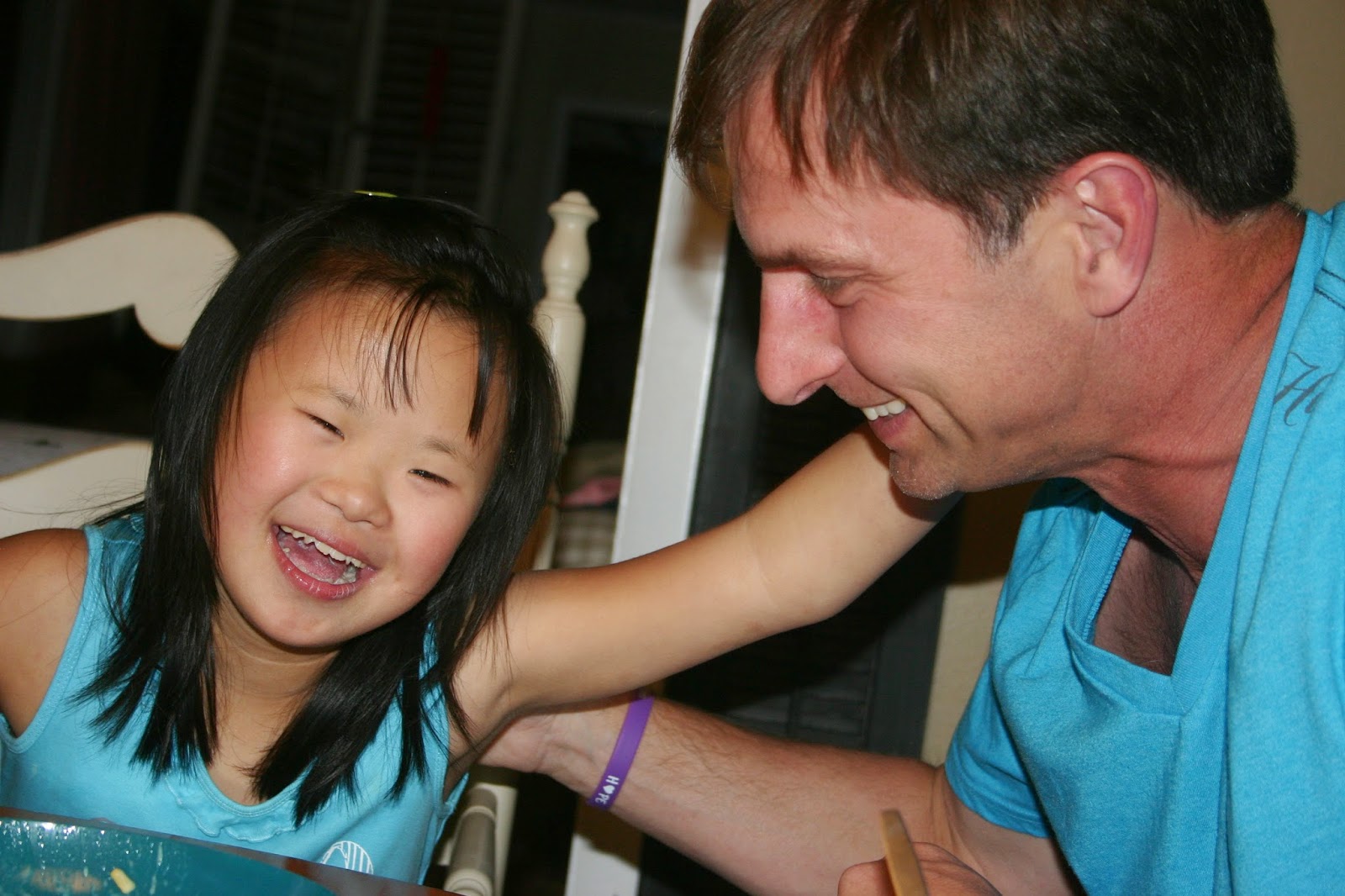 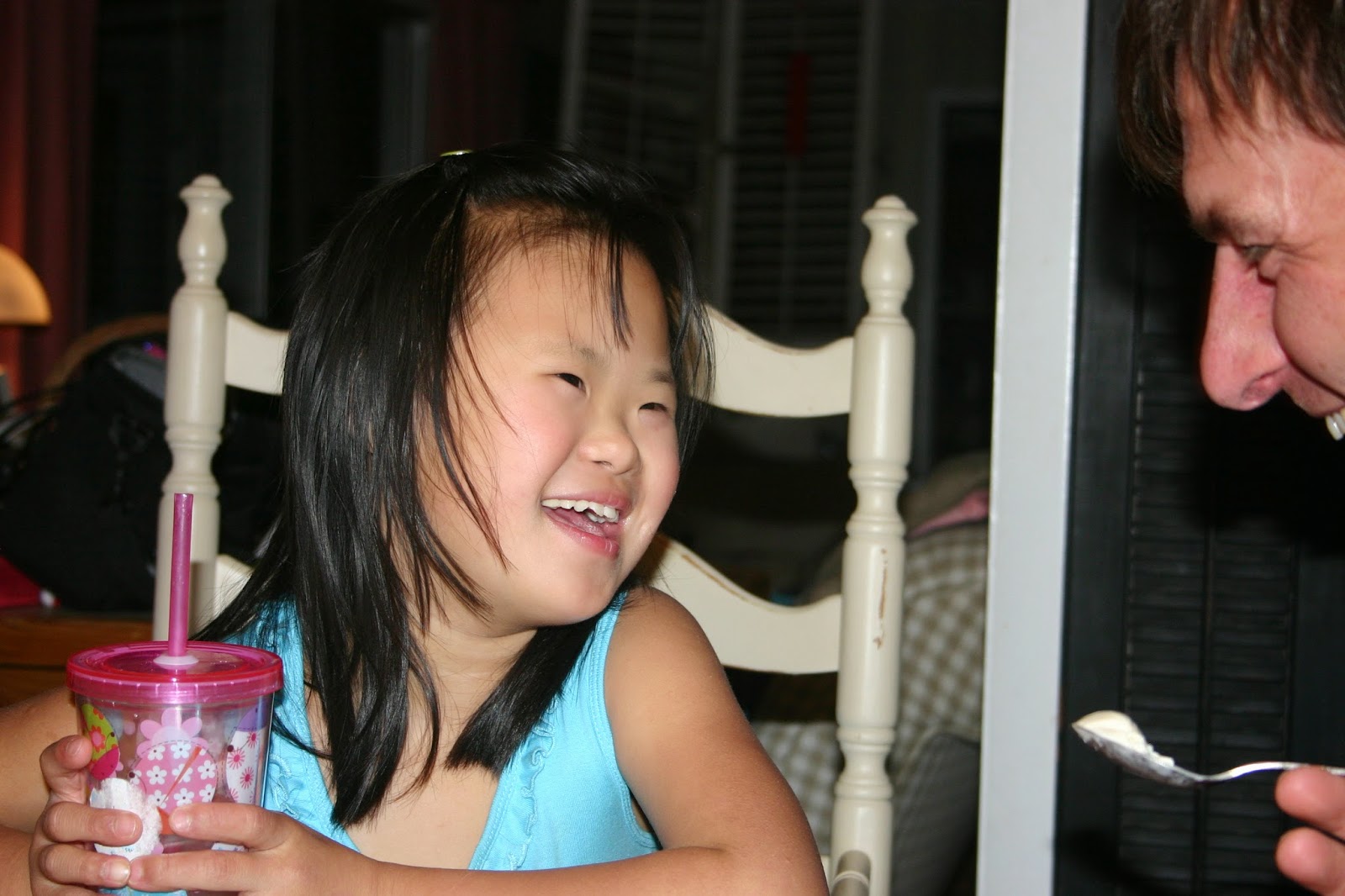 Caring for Abby is one of the sweetest joys of my life!  These photos snapped in just a few seconds can only give you a glimpse into the beautiful ways this "costly" decision has changed our lives in beautiful ways!  A sacrifice in the name of Jesus brings more JOY than the human soul can contain!  My life is my offering... I will sacrifice all for Him!
Posted by Lori at 4:42 PM