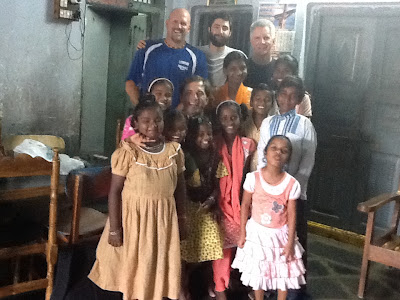 My hubby is on the other side of the world tonight-  somewhere along the border of India and Nepal.  He's there to share the good news of Christ with some of the 2.88 billion people yet to hear His name.  "Unreached"-  that's what they call them.  From where I'm sitting among the comforts and conveniences of America, the thought of anyone actually being unreached in this day and age seems somehow impossible.  But, sadly, if you care enough to take a look outside your comfort zone, you, too, will find them!  2.88 billion of them- having never heard the name of Jesus!  And if someone... anyone doesn't do anything about it... they never will!

Two weeks ago, my spiritual hero, John Monger, stood before our church body and shared his story.  John was born and raised as a devote Buddhist in the country of Bhutan.  But he felt empty and hopeless until, at the age of 16, he was introduced to Jesus Christ at a secret meeting deep in the jungle.  He had never experienced such joy and hurried home to share his new-found faith in Christ.  He was spit upon by his father and rejected by everyone he loved.  Just months later, while celebrating his first Christmas as a follower of Christ, undercover police officers arrested John and his friends.  They were stripped and beaten continually because they refused to deny Jesus.  They were finally given the choice to either deny Christ or leave the country of Bhutan.  So as a young teenager, John set out into India and then to Nepal to somehow share the Good News of Christ with the millions of unreached people surrounding him.  He shared the Gospel anywhere anyone would listen, and began establishing churches among the Bhutanese refugees living in Nepal.  Again, he was arrested by undercover police officers and spent the next 15 months in the prisons of Nepal.  There he was tortured and persecuted for his faith continually and promised relief only in denying his Lord.  International aid groups and ministries finally secured his release through political pressure and John was reunited with his family and friends at the Bhutanese refugee camps.  He was invited to attend seminary in India for several years.  It was there that he met his wife and together they returned to Nepal to share Christ with the countless unreached people of that region.  John and his wife finally agreed to come to America as religious refugees and now live in Austin, Texas.  But John is not here to pursue the American dream.  He is here only long enough to obtain an American citizenship and the protection that will afford him to return to Nepal, to India, to Bhutan and beyond, so that he can share the Gospel with those that have yet to hear.

I simply can't add any documentary of my own to John's "modern day Paul" story to even describe the impact his incredible love and devotion to Jesus has had on my life.  My problems and misplaced priorities pale in light of his unwavering commitment to reaching the unreached with the Good News of Jesus.  I possess the same "treasure" as he does... and yet I have spent most of it, for most of my life, on ME!  I am simply not OK with that anymore.  And I wondered how anyone in the building, listening to his story, could leave after hearing his testimony not feeling completely undone!  And yet some did!  I watched them hurry out the nearest exit, climb into their nice SUVs and drive to join friends for lunch at a nearby restaurant of their choice.  Some were even bold enough to express their thoughts... "Why did he come here?",  "Why should we go there?",  "Shouldn't we be helping people closer to home?"

I remember my own husband turning to me 18 years ago, after a moving presentation about the unreached people of Russia, asking the same questions.  It surprised me, coming from him!  Turns out he was apparently trying to rationalize his way out of going on a mission trip himself.  God didn't let him get away with it, though, and just a few months later, he was signed up for the next mission trip to Russia and asking the FBI for time off work so that he could go.  The FBI finally agreed.  Little did they know that this trip would be the end of his career with the Bureau.  That trip, 17 years ago, changed him...  In fact, it changed everything!  For the first time in his life he saw the heartbreaking hopelessness of the unreached.  He came home and quit his job and for the past 17 years he has dedicated his life to reaching as many of the unreached with the love of Christ as humanly possible.  Doug is an amazing man of God and I want to be more like him!

But I'm a wife-  I'm a stay at home mom.  And I am anything but gifted in evangelism!  How could God use ME???  I finally agreed to travel to Russia with Doug on what would be my own first mission trip.  After all-- this was our new life and I wanted to be a part of it, even if I did feel completely under qualified!  I forced myself to believe that God would somehow use me in spite of myself!  The trip was a personal disaster!  When my flight landed in Moscow, Russia the city was in the middle of a hundred year heat wave!  Really?  I don't do heat well at all!  Especially if that heat is not accompanied by air conditioning!  This mission trip was no "vacation" and it didn't include 5 star hotels, so air conditioning of any kind was out of the question!  I found the nearest translator and begged for a fan.  I could tell by the look on her face that she didn't understand my southern english.  I tried to demonstrate by showing the effect the said fan would have on my hair- blowing in the delightful wind.  I was relieved when it appeared she finally understood!  Relief was on it's way at last... until she returned with a blow dryer!!!

On the first day in Volgagrad, Russia we hit the streets running.  So many of the unreached needed to hear the Good News of Jesus and we wanted to waste no time in telling them.  The team was divided and sent out across the city.  I had assumed that I would accompany Doug on this evangelistic outing and watch the process as the supportive wife I am...  But before I knew what had happened, I had been paired with a translator and sent out to share Christ ALONE!  This is not quite what I had signed up for, and I was petrified!!!  Our job was to go from apartment to apartment and share Christ, while inviting them to our nightly outreaches.  I am not lying when I say that I had never prayed like I prayed that day!  With every knock on every single apartment door, I prayed with all the faith I could muster.... "Oh, dear God, PLEASE do NOT let anyone answer this door!!!!"   Needless to say, Day 1 was an epic fail from my point of view!!!  Maybe God couldn't use ME after all!  I cried my half naked, very hot, miserable self to sleep that night- only to be awoken by the crawling of a cock roach across my belly.  "Please, God...  can I go home now???"

But Day 2 brought with it a special surprise from the Lord.  Volunteers were needed to go to the local orphanages and minister to the children.  I nearly assaulted the team leader!  Now we're talking!!!  Count me in!!!!  That day changed me...  In fact, it changed everything!  I would return to Russia 8 times to bring the Good News to a few of the 147 million orphans of the world.  God used those trips to reignite the passion deep within my heart to adopt at least one of those orphans as my own.  And the rest, as they say, is history...

I have finally discovered that God can use the treasure within me to reach the unreached too!  No, I'm not an evangelist.  I don't have the passion or the gifting of my evangelist husband.  And I can hardly even relate to the ways God has chosen to use men like John Monger!  But 16 years ago I was introduced to a special group that I DO have a passion and a gifting to reach!  And there are more than 147 million of them!  How could I possibly hear of the hopelessness of so many unreached orphans and not feel moved to be the someone that does something???  And yet for years, I was that someone that did nothing!  And I tried rationalizing my way out of doing something with every excuse in the book!

You might even recognize a few of these---  "I'm out of the baby stage now!  How could I possibly go back?",  "We don't have the kind of money it takes to adopt!",  " What if loving an orphan as my own is hard?  What if it costs me something?",  "What if she's sick?  What if we lose her?", "What if, what if, what if..."  But if I've learned anything about God over the years, I've learned that He is completely unimpressed by my excuses!  And now, as I sit here and look back upon those excuses with 20/20 vision, I am embarrassed just typing them!

When Doug left the FBI for full-time ministry to the unreached, we didn't have a clue how we would pay our bills... We were called stupid, naive, and unwise to leave the stability of government work to rely fully on God instead!  And yet, He has been faithful to provide so that the unreached might have hope!  "God's work, done in God's way, will never lack God's supplies" (Hudson Taylor)

When we stepped out to adopt our 1st from China, and our 2nd, and then our 3rd, we had no idea as to how God would accomplish such a financial feat to rescue 3 from the 147 million unreached orphans through the empty bank account of a missionary family.  And yet, in so many wonderful and unexpected ways, He did!  God is faithful to provide so that the unreached might have hope!  "God's work, done in God's way, will never lack God's supplies"

Any hope for Rachel came with a hefty medical bill attached.  We had NO ability to scale such a financial mountain.  But it simply never crossed our minds that God wouldn't take care of what we needed, to do what He had asked.  God is faithful to provide so that this precious unreached little girl might have hope too!  "God's work, done in God's way, will never lack God's supplies" 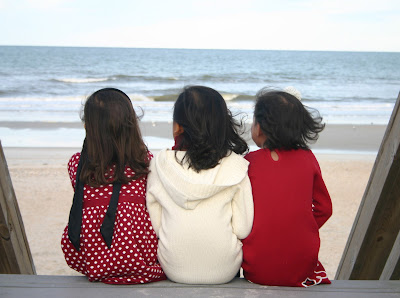 Tonight, while Doug is being used by God on the other side of the world, I am being used right here at home!  My mission field is now tucked in for the night down the hall--- 3 precious little girls- once abandoned, once orphaned, once hopeless, once unreached...  But unreached no more!!!  Thank you, Lord, that you can use even ME to reach the unreached! 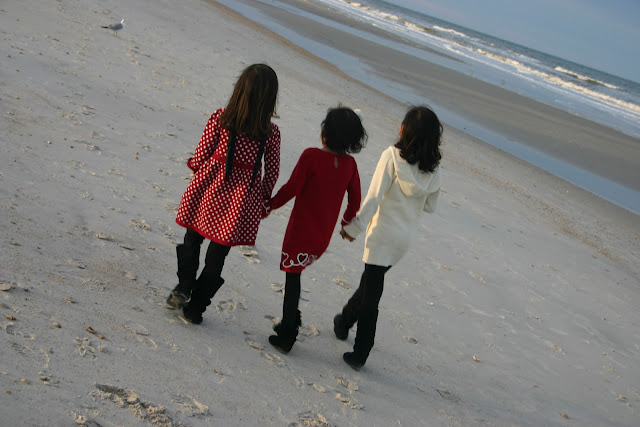