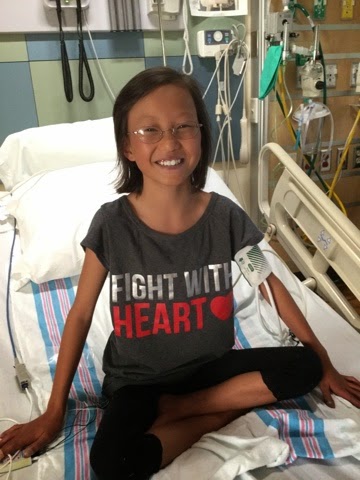 There are certain moments in your life that you have longed for and dreamed about for so long that when they finally come, a numbness washes over you and it is as if you are living a dream in slow motion.  So, on May 5th, when I got the long awaited phone call that a heart had been found for Rachel, I can remember trying to take in every single detail of the day and committing them to memory so that I could recall them, to not only share with Doug, but to better digest them later, when my emotions were not so on edge... That's much how I felt as I made my way to Gainesville from home with Rachel for an operation that would ultimately change our lives, either for our incredible gain or for our indescribable loss.

While the opportunity for life can not even begin until that phone rings and news of a perfect match is announced, the realization that this milestone could also mean the end of an earthly life for our precious girl lingers behind every thought.  I learned as we waited, to not take the moments we had been given for granted, knowing that this time could be all the time we had with our daughter!  This news rightly brought the celebration of hope for the life this new heart might bring, but we would have been unwise to forget that the surgery that could bring life to Rachel was a very dangerous one and hers would hang precariously in balance through it.

One particularly poignant part of the process was when they brought consent forms for me to sign as Rachel's mother.  It included a list of risks involved with heart transplantation that was long and daunting.  Most of those risks seemed way beyond any a sane mother would voluntarily agree to.  But without this surgery, the risk of losing Rachel was 100%.  No one could predict how much longer Rachel could survive with her broken heart, but most agreed that she had already far out-lived all expectations and without this life-giving gift, her days, months or years would likely be few.  I've always considered myself to be a risk taker, but the only thing that made me willingly pen my name along that blank line was the unacceptable alternatives we were facing if I did not... 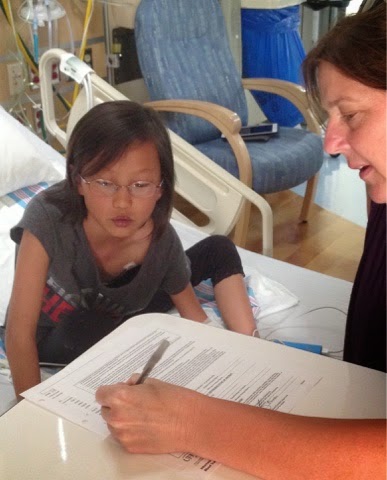 I was humbled and saddened, too, that another mother had signed a consent much like this one only hours earlier, except that her signature gave life away, while mine received it with hope, in spite of the risks.  My signature had never before felt so weighty or life-altering.  Once I put the pen down, there was no turning back!

The mission trip that took Doug to the other side of the world at this precise time, meant that I would face this life-altering surgery without him.  In our years of waiting, we had always made certain that one of us remained at home with Rachel if the other was far away- whether on mission trips, another adoption journey, or even a planned anniversary trip to Israel!  And though we were always prepared, I had hoped God's plan would not mean that one of us would be gone for such a momentous event as this one.

For reasons I obviously can't understand, God's plan included just that, and I would have to make this particular part of the journey without my partner and best friend.  Several friends and even my mom and youngest son gathered around me for support- but Rachel and I both felt a huge void we wished Doug could have been there to fill!  I carried around my Ipad like a security blanket all afternoon and night- both to capture the events on video for him and because it was my only link to him via Facetime calls in between flights as he made his way home to be by our sides!

One incredibly special moment was the time Doug spent with Rachel just before she was taken to the operating room.  He read scripture, encouraged her for the battle, and prayed for God's mercy and protection over everyone involved.  Thanks to modern technology, their time together was possible, as was this beautiful video I will always treasure...


Time seemed to stand still, and yet in all the preparations, 11:30 PM came quickly and the team from the operating room arrived to escort us to Rachel's long awaited heart transplant!

We could escort her just to the hallway doors near the operating room, but would have to say good-bye there.  The ride down the elevator seemed like a balancing act between overwhelming excitement and fear of the unknown. 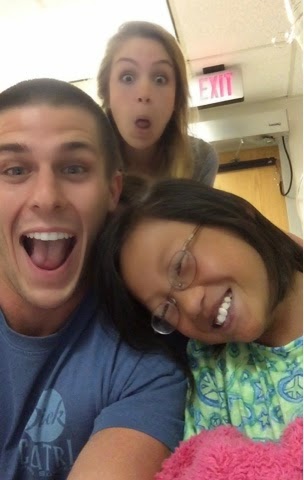 We stopped just outside the doors that we could not go beyond.  I got down on my knees to say goodbye...  The answer was obvious, but I asked anyway.  "Are you scared, Rachel?"  Her bottom lip quivered and she started to quietly cry.  My brave warrior was afraid, and I can't say that I could blame her!  I was afraid too, but this was as far as I could go with her, and she'd have to take these next steps on her own.  I whispered Jesus name in her ear and promised her He would be near.  I would be by her side as soon as she woke up with her new heart. 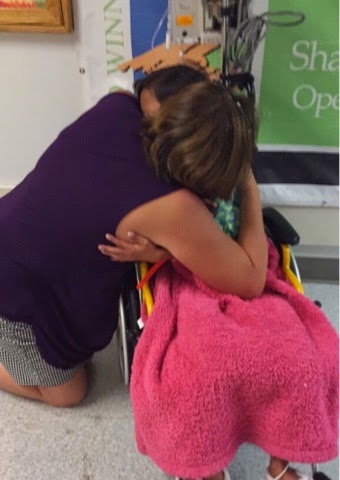 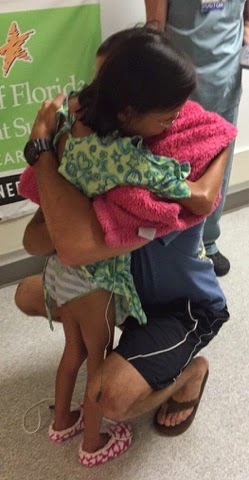 I stepped back as her brother said goodbye and prayed with her and then we watched as the doors shut behind her and she walked away to the biggest event of her young life...