This election season has revealed something about my heart I don’t like.  It has obviously revealed a lot of things many don’t like about the hearts of our candidates too.  But lest I think I am spiritually superior to those seeking office or any of their supporters, I need only look inside my own sinful heart to find a place that needs cleaning up too.  I am an informed voter.  I feel deeply for the future of the country I love, and I have overfed myself on opinions, polls and endless newscasts to find out what’s new.  I have no great affection for either candidate, but I am passionate about seeing our country return to the safe shores of honor, respect, and protecting the value of every single life, before and after birth.  While we cannot legislate morality- we can be unwavering in standing by it.  I long to see that again in this country I love.   I also long for a country where my religious freedoms are protected and I can know little of the persecution so many brothers and sisters in Christ face around the world.  I want a government without corruption, where every man and woman is free to live life apart from the control of power hungry leaders.  I want to pay as little in taxes as possible, and for our ministries to be free from them all together.  This is the world I grew up in, and I like it…

I do not have to look far to realize that the America I have known for more than 50 years is not the “norm” on planet earth… I need read only a few chapters into the Bible story, to find a world divided and fighting for power and control, riches and fame, and to make the name of their god the greatest.  So much so that by the time the book of Hebrews was penned, God’s inspired Word made it clear that His people were to know themselves as “aliens” in this world.  The story’s end will be victorious, and the promises our hearts long for will all be realized in a far better kingdom, where the Lord Jesus Himself will reign.  Until then, we are to expect and even welcome the frailties and pains that are part and parcel to the fallen world we live in.

I often wonder why God chose to send Jesus into a world so corrupt, it would even make the worst among us blush.  Sadly, the religious leaders were so embroiled in the worldly system, even they did not recognize or welcome the Messiah they had been expecting all their lives. Jesus introduced Himself at the temple by turning tables over and throwing the money changers out into the streets.  If He was looking for a political following, this would not have been a good move.  But He didn’t come to put a corrupt political system to rest, or to bring the ease of freedom and prosperity the people wanted either.  I like to imagine Jesus walking into one of our recent debates unannounced.  His followers would have celebrated wildly!  The God of the universe had finally arrived to set everything straight!  With Him in charge, our world could be right on every account.  But can you imagine how disappointed we would be if Jesus simply threw some tables around and kicked the crooked moderators to the street and then walked out and back into obscurity?  Isn’t God as dedicated to our noble country, and to our comforts and freedoms as we are?  Apparently not.  While we look for a temporary fix, God has an eternal one in mind.  Instead of fighting the system, Jesus died for it.  Then He called us to join Him in dying to this world and living for something so much better… Him!

A close inspection of my heart these days, reveals one that still clings to freedoms this world can offer.  It clings to a patriotism that loves the land it once felt pride in… one that was different than any other, founded on principles that honored the God I love.  But maybe I have been holding too tightly to a worldly system that still looks to broken men and women to fix it.  That fix will never come this side of heaven.  If I am waiting for it, I will wait in vain.  And like the fickle people before me, I have bitten into an apple that will never satisfy my desire for real life.   Sadly, my heart’s condition tonight reveals that.

If I am being honest, I have to admit that I feel more than a little anxious about tomorrow’s election results.  I am tired of being consumed by these haunting thoughts and the impending gloom and doom if my choice does not win...   What this says about me is embarrassing.  I am one who claims to embrace the absolute sovereignty of God.  I believe that He is totally and completely in control of all things.  Did you catch that heart?  ALL things…  Even the direction and destiny of the country you love!   But the anxious state of my heart betrays my lack of trust in a God so sovereign.  If I truly believed that He held the affairs of my life and the world around me in His mighty hands, would I not rest?

While I am embarrassed by my lack of faith, I know that I am not alone.  I found followers just like myself when I was reading in the Bible last week.  I’d like to think that had I been given the opportunity to walk with Jesus, I might have had a steadier faith.  Surely I would not have waivered had I been able to actually see His miracles close up and spend countless hours in intimate conversation with Him.  But such was not the case for His disciples the night they boarded a boat on the Sea of Galilee that would be battered by a terrible storm, while Jesus laid sleeping in the stern.  Convinced they were facing certain death, they shook Jesus awake!  “Do you not care if we drown, Master?” they cried in unison.  Jesus answered with a question, and I can hear His words in my ears tonight…  “Oh, you of little faith, why are you so afraid?”   Then He instantly quieted the wind and the waves with two words… “Be still!” 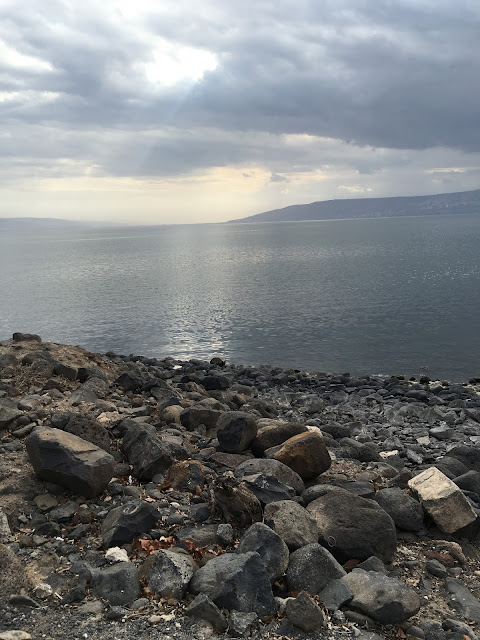 That same Jesus lies sleeping in my boat tonight.  The storm clouds are gathering and I can hear the thunder rumbling in the distance.  A terrible storm seems inevitable and I am afraid.  But tonight I have decided to believe that there is nowhere safer than right by His side.  I will lay beside Him and rest, knowing that He is able to speak to this storm the same way He spoke to that one on the Sea of Galilee more than 2,000 years ago.  As I drift off to sleep I can hear His voice as He commands the waves around us… “Be still!” 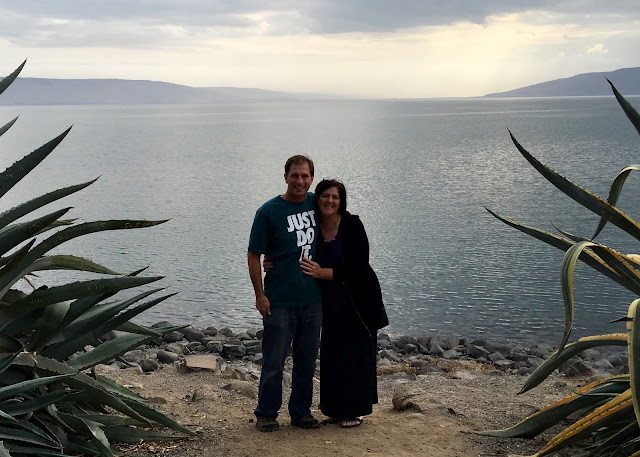